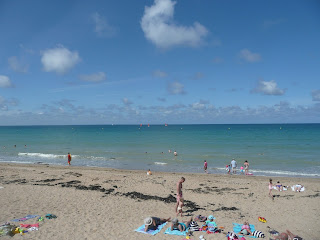 Beachweather most of the time and only one bad day. 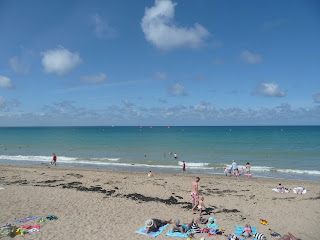 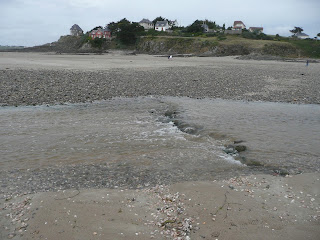 We made a walk EVERY DAY to the point where the river Thar flows into the sea, between St. Pair sur Mer and Kairon Plage. It was quiet, nearly unreal, and far from a madding crowd, allthough....
On the 18th of July, just one day before we arrived, a would-be terrorist run upon the beach, crying: i will kill everybody.
So imagine the panic: parents and grandparents with little ones running for their lives. The police came after 20 minutes and caught the guy.
He might have been under drugs, or alcohol, or the two.
This was just four days after the sloughter in Nice.... 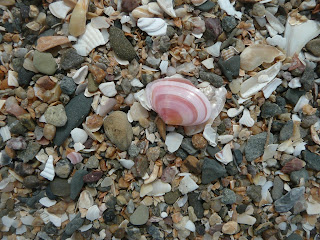 And so the vacation went on, for three weeks and by the end i took a walk, alone as i'm the only one who likes walking.
First part along the beach, towards Carolles. Then through a lovely little valley and climbing a hill. 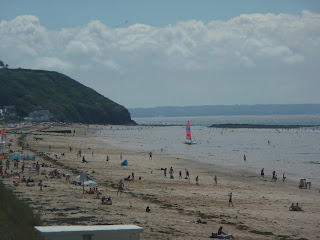 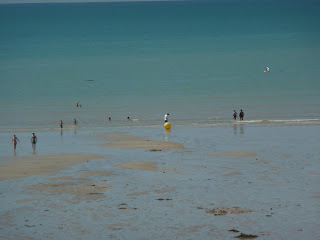 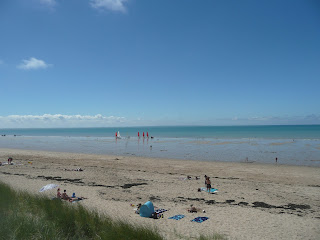 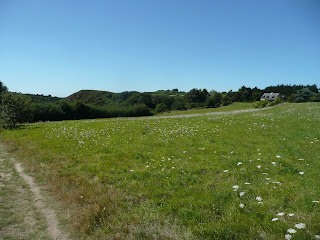 through fields along a waterfall 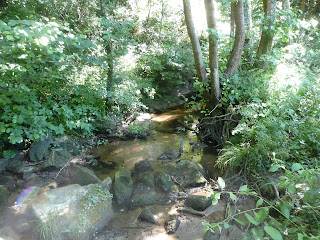 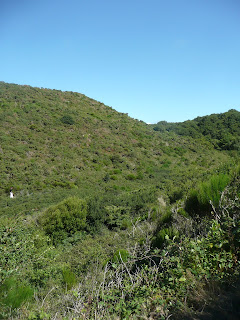 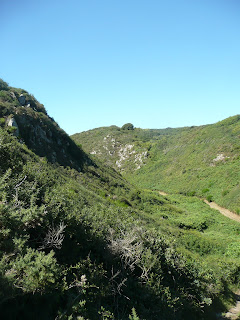 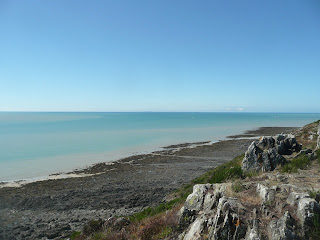 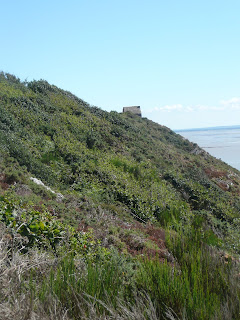 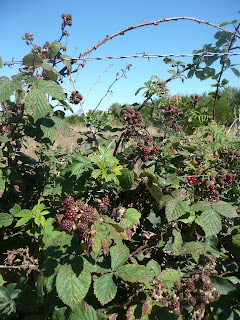 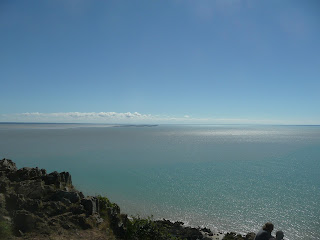 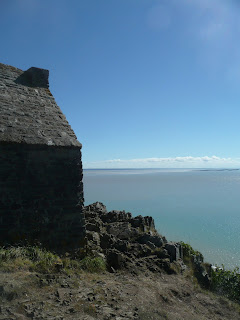 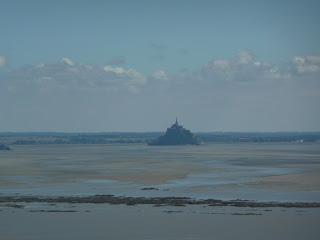 LE MONT SAINT MICHEL and Tombelaine roch on the left 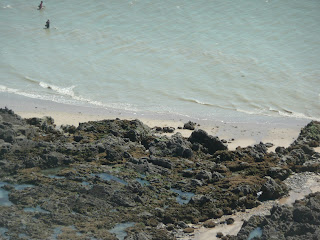 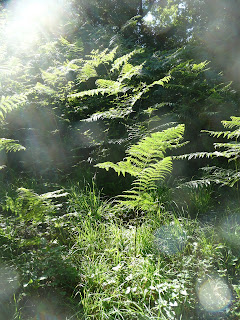 And all the way back home. 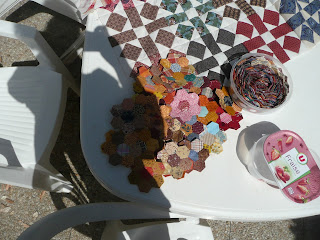 I've sewed quite a bit too, hexies and blocks, more than i expected and all in the garden. 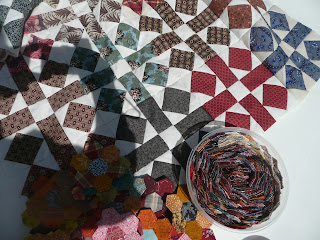 Hope you all had a couple of days off 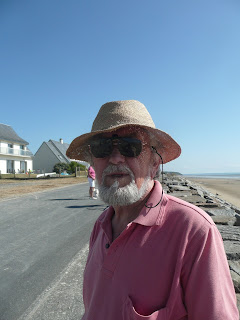 and mister Not so zen sends you greetings too! He stole my hat btw.....

Walking at the seaside and the countryside, simple happiness! Love to walk, too...

What beautiful pictures! Looks like you had a wonderful beach vacation. But where are the pictures of your daughter and your darling granddaughter????
Too bad you couldn't have gotten your husband to smile???
Hope all is well back in Paris, my friend!
Much love,

Wow, Bea! It looks completely amazing!! Your hubby looks great in the hat. Glad you got to sew so much! Lovely holiday, for sure!

Looks like a perfect vacation, well, after the frightening events. Walking, beach, sun, stitching, family--what could be better? Of course, going back home to Paris is not so bad. ; ) Hello to the Mr.!

What lovely pictures! We've certainly had plenty of blue sky in Normandie this year! I'm hoping for a lovely autumn too! Greedy I know...

Will you ever be back? Your blog is one if the few I have seriously enjoyed...it's a gem. I hope you might consider returning.
Best
Sarah

Just discovered your very pretty blog, so sad you're not feeding it any more.

Hello, I went by to say hello, since I've been disconnected from everything for a long time. As always I love your work. That I still think that they are not chapucillas, but great works. A kiss.
หนังตลก Comedy

Send me an email